Sagging and the skin

“If you don’t fight gravity you sag”*

When talking about aging of their skin, symptoms described by women are multiple and their perceptions influenced by generational sensitivity.
Indeed, in the fight against the first signs of aging, 30 to 40 years old women are deeply concerned by wrinkles while 60 to 70 years old women relate unpleasant skin sensations leading to need of comfort and deep nutrition.

Skin sagging as the worst-case scenario 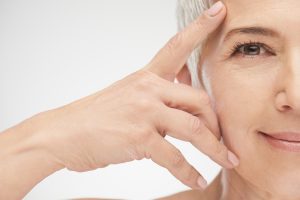 Beyond generational differences, skin sagging appears as a transversal concern. A consumer study run in 2017 by Gattefossé clearly identified this insight. The objective of this research was to explore the perceptions and practices towards skin care of women of different age groups.
In this study, skin sagging was described by the youngest consumers (18-25yo) as their main fear for the future of their skin. Verbatims used evidenced their anxiety: “Flabby skin”, “hanging arms”, “saggy cheeks”.
For the most mature consumers (60 years old and more), skin slackening is experienced as the harsh reality, with resignation: “Generalized sagging”; “I had the impression that my ears had grown”.
The intermediate age groups mention sagging as part of the numerous changes they newly faced “Sagging”; Less tight”; “Lack of elasticity”.

No matter the age, skin sagging is described as something to fight. Regular facial contours, harmony and balance, remodeling effect appear deeply desirable.

When gravity shows up 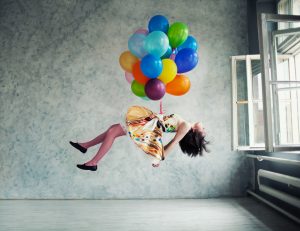 Several external factors (UV, pollution, smoking…) are known to induce an aggravation of the naturally occurring aging process. Amongst them, gravity is often forgotten while it plays an undeniable role. Even if the constant pressure applied on the body is not perceptible, it is responsible for many signs of aging.

In the scientific literature, a clear link is established between skin sagging and gravity.
In these studies, volunteers were placed in 2 different positions (supine vs. upright) and their facial morphology were compared (1)(2).
The upright position represented the position where the impact of gravity on the face is maximal while in the supine position, the impact is more limited.
Researchers demonstrated that the upright position with maximal gravity generated alterations located at the lower part of the face mainly with clear worsening of the lower face ptosis and vertical wrinkles (nasogenian folds, wrinkles created by ptosis, lip wrinkles…). At the top of the face, forehead and crow’s feet wrinkles were not really affected.
In comparison, in the supine position, faces looked more rounded and deep skin folds strongly decreased.
Beyond morphological changes, skin sagging also distorts the perceptions of the face(3). Gravity-subjected faces look more sad, tired, depressed and generally older compared to free-from-gravity faces looking happier, more confident, and attractive.

These outcomes show how much gravity changes facial geometry, worsens clinical signs of aging especially on the lower part of the face.
We can’t escape this physical and universal phenomenon which enables to stand on the planet Earth. However, the side effects it has on our skin are preventable.

This is the question addressed by Gattefossé with its latest active ingredient EleVastinTM.

Want to know more about the sourcing of EleVastin? Click here!
View all articles